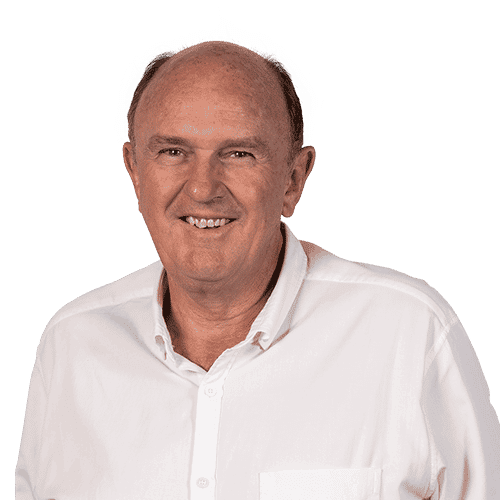 My experiences have instilled in me a passion for animal agriculture and for the efficient production of sustainable food for the region.

I grew up on a large, mixed-farming operation in the Eastern Cape, farming with beef cattle on veld and in the feedlot, as well as citrus and other crops. The farm was eventually expropriated at a very low compensation by the South African government of the time for the establishment of the independent black states. Consequently, I at a young age became extremely interested in politics and extensively challenged the ideology of the ruling government.

After moving from the farm and completing my schooling at Queen’s College in Queenstown in 1976, I decided to further my education at the University of KwaZulu-Natal in Pietermaritzburg, where I initially completed a bachelor’s degree in agricultural economics with honours, followed by further studies in nutrition. While at university, I became a keen rowing enthusiast and eventually received South African University colours in the sport. It was also during those years that I became an active anti-apartheid activist and suffered the consequences thereof.

I completed my military service in the South African Military Engineers from 1981 to 1982 and served in the South African military activities in Angola as a full lieutenant engineering officer. Upon my return from the military, I completed further studies in agricultural marketing at what is now the North-West University in Potchefstroom, while establishing a new feed milling operation for The East Cape Cooperative in Queenstown , Eastern Cape.

To further my knowledge and understanding of animal production, I made a move from the Eastern Cape to KwaZulu-Natal where I was involved with the establishment of an independent feed milling facility INDECO Feeds in Pietermartzburg, which we eventually sold to The Tongaat Hulett Group. I then spent 10 years in various positions within the Tongaat group from mill nutrionist to feed mill manager, and eventually to general manager of Moreland Feeds, a division of Tongaat Foods. During this time, I completed a Management Development Programme (MDP) at the University of Durban-Westville. I also served the Tongaat Foods board as director for four year until 1994, while also serving on the board of the Animal Feed Manufacturers’ Association (AFMA) for five years.

Thereafter, I joined the Hochveld Group to establish laboratory techniques for the selection of suitable fish meal sources from South America, mainly Peru, for South African poultry producers. At the same time, I was kindling relationships with Arthur Daniels Midland (ADM), Zinpro, and Finnfeeds for the establishment of a distribution operation for speciality feed additives, including various synthetic amino acids, feed enzymes, and organic trace mineral complexes. These relationships eventually grew into significant supply arrangements and led to the establishment of Chemuniqué – a company which, since its inception, has been unwavering in its commitment to contributing to the efficient production of livestock and poultry to facilitate efficient meat, milk, and egg production for the region.

I am looking forward to a new era in which Chemuniqué, under new and fresh leadership, will guide this great company into a new era of significant innovation and creativity for sustainable, safe production of animal protein for the region.

B Agricultural Economics and Nutrition (Honours), University of KwaZulu-Natal (1980)

Birding with my wife, Bonnie