Starting gilts on a diet with organic trace minerals as early on as at the end of the nursery period may help reduce hoof lesions. | Darryl Smith

Lameness is the third most common cause for culling sows in the U.S.—culls that could be prevented with nutrition.

In spite of organic trace minerals representing only about 1 percent of annual feed-ration costs, including these nutrients in sow diets can be a healthy investment, specifically for longevity’s sake. Approximately 50 percent of the sows in the U.S. are culled because of feet and leg problems, with the highest number of culls happening early on: 19 percent of parity 0 females, 29 percent of parity 1 females and 21 percent of parity 2 females, according to data from 20,000 sows tracked during 2011.

“The highest proportion of females that we as an industry lose are gilts and 1- and 2-parity sows,” says Zachary Rambo, Ph.D., research nutritionist, Zinpro Corporation. “And if a farm is losing its 1- to 2-parity sows to lameness, then it’s circulating more gilts into the farm more often and increasing the risk of disease and the cost of labor.”

Data of 20,000 females shows that the majority of culls due to lameness are gilts and 1- and 2-parity sows. Courtesy of Zinpro Corporation

Yet, it’s the subclinical lameness, often evident from behavior such as the sow toe-tapping or standing uncomfortably, which is the most overlooked. “Lameness is one of the hidden costs of production,” says Rambo. “Lameness affects lactation, feed intake, reproduction and also the performance of the sow’s litter.” 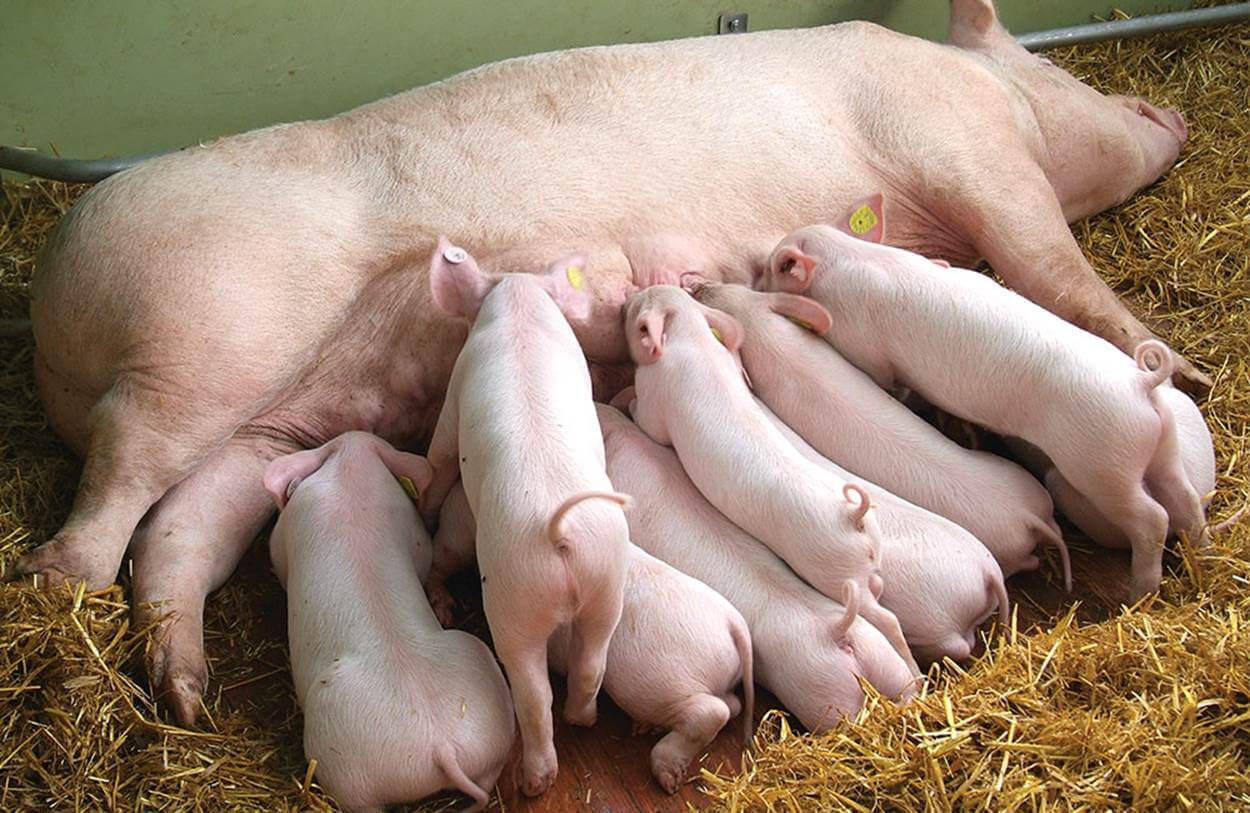 Lameness affects feed intake, lactation and the health of the litter. | Laura Fernandez

Why organic trace mineral supplements may be more effective than inorganic

Minerals such as zinc, copper and manganese have been used in sow diets largely due to their beneficial properties in overall health. In the past, producers have fed mineral supplements such as zinc for building keratin proteins in the hoof horn, copper for making the hoof stronger and manganese to help with collagen formation. But more research suggests that a reliance on only inorganic forms of trace mineral supplements could result in less-than-optimal performance.

The key is feeding the right blend of organic and inorganic minerals to balance cost and effectiveness of the supplement. According to studies, sows that were fed a combination of trace minerals from inorganic and organic sources had 20 to 30 percent fewer hoof lesions. “Economics is the reason why we replace part of the mineral supplement with inorganics,” explains Rambo.

In addition to the chemical structure and cost difference, the supplements also impact animal performance differently. Inorganic trace minerals, such as zinc carbonate, zinc sulfate and zinc chloride, make up the bulk of supplementation in U.S. swine diets. The decision to feed inorganic trace minerals is primarily driven by the lower cost.

Inorganic trace minerals, such as zinc carbonate, zinc sulfate and zinc chloride, make up the bulk of supplementation in U.S. swine diets.

Why bioavailability isn’t the same as performance

In the past, inorganic trace minerals have often been preferred because they cost less than organic trace minerals. This has made it more cost effective for producers to consistently add supplements to rations, as well as feed more of the supplements to overcompensate for any that the sow did not absorb. During digestion of inorganic minerals, metal ions disassociate from their supplement compound (e.g., ZnSO4) in the acid environment of the stomach, resulting in a free ion sensitive to re-combining with other components that make them insolulable and vulnerable to being excreted instead of utilized. So, adding more of the inorganic supplement doesn’t necessarily result in increased absorption and subsequent improvements in sow performance.

Forms of organic trace minerals include amino-acid complexes, chelates, proteinates, polysaccharides and propionates. “However, some of these organic sources may also still disassociate in the low pH of the stomach and result in a free metal ion being sensitive to antagonists, and thus be unable to enhance performance,” says Rambo.

Consistency is key for optimum performance

To increase performance, Rambo suggests starting gilts on a diet with organic trace minerals when the gilts are at the end of the nursery period, or at 50 pounds. This helps them to develop a strong foundation. It’s crucial to continue supplementation in their diet throughout their lifetime. “If we want sows that have optimum longevity and production, then we need to start with a solid foundation and minimize lesions before gilts enter the sow herd,” he says.

How trace minerals are changing the future of the U.S. swine industry

The U.S. swine industry is learning that bioavailability doesn’t always equal performance, and while trace minerals — inorganic or organic — are not the silver bullet to sow longevity, they are a viable tool to help partially mitigate the effects of lameness. Feeding the correct formulations may help to lower the high number of culls that the industry is experiencing.

Laura Fernandez is a freelance writer.