Let us pause for a moment and analyse the reasons for the high amino prices we are experiencing.

Let us pause for a moment and analyse the reasons for the high amino prices we are experiencing.

China’s national swine herd has been growing rapidly as the country pushes hard to recover domestic pork production to pre-African swine flu (ASF) levels. Official reports indicate that could happen somewhere in the second quarter of this year, but outside of China there is some scepticism as domestic hog prices remain high and imports of soybeans were sluggish, compared to previous months. While Chinese government officials claim that the sow herd grew by about 1% in both January and February 2021, independent reports claim decreases of between 4–5% per month since the end of December, due to new outbreaks of ASF over the winter period. Amino acid prices did seem to increase at a slower rate in recent weeks, however, that could also be explained by the post-Chinese New Year lull, and the most recent prices out of China are suggesting exactly that. Conflicting statements regarding Chinese pork production will continue to be issued, as this situation has become extremely politicised. We must, therefore, read between the lines and keep an eye on other indicators.

Chinese pork is back with soaring demand for amino acids

Much has been written about this topic and most buyers are well aware of this fact and the underlying reasons. Expectations are that the current high prices could persist for most of the year, or at least until the new season arrives.

Commodity prices are at the highest levels in years, especially corn and soy, increasing demand for aminos

All commercially available amino acids are products of industrial fermentation, except for DL-methionine. Theoretically any carbohydrate source can be used as the fermentation substrate, but maize is the substrate of choice for Chinese manufacturers. It is readily available, and (used to be) relatively cheap. International corn prices increased substantially over the last 6 months and is expected to remain high for most of 2021. Higher corn prices mean higher production costs and, even though current amino acid prices are buoyed by supply and demand, limits any potential downside.

Freight rates are the highest in years, due to COVID-19-related shipping and container disruptions

The Ever Given blocked the Suez Canal

The Ever Given, a 224 000 t, 400 m long container ship recently blocked the Suez Canal after running aground sideways. According to some sources, an estimated 200 vessels (carrying grain, oil, liquefied natural gas, and containers) backed up on both sides of the canal. The huge ship was apparently driven sideways by strong winds plaguing the area for days before the ship ran aground. Recent reports, however, suggest that human error could be to blame. The Suez Canal carries around 10–12% of global shipping, and an estimated USD 9 billion (ZAR 135 billion) worth of goods are transported via the waterway daily.

During its most recent National Congress Meeting, the Chinese government unveiled its 14th five-year plan. In keeping with the environmental focus of recent years, the plan states that a sharp reduction in energy consumption and carbon dioxide emissions in heavy and intensive industries must be achieved by 2025. This includes all vitamin and amino acid producers. While production costs will most certainly increase, some of the measures will also force producers to limit production by increasing energy prices for energy-intensive industries and industries with excess capacity. This will have a direct impact on all feed additive producers in the short term but will also stunt future capacity expansions.

In late July 2020, Novus filed an anti-dumping duty petition with the United States (US) Department of Commerce (DoC) against competing French, Spanish, and Japanese methionine suppliers to the US market. The reason given was the steep increase in imports, which more than doubled between 2017 and 2020. In February of this year, the DoC released its preliminary findings. They found that the case had merit and suggested anti-dumping duties on methionine produced by companies in France (43.82%), Spain (31.98%), and Japan (135.1%). The final determinations from the DoC are expected by early May.

The Chinese swine herd seems to be recovering

The Chinese swine herd seems to be recovering well after ASF wiped out nearly half the herd with continuous outbreaks over the past two and a half years. New farms and processing plants have been constructed, and thousands of breeding animals have been imported from Europe to replenish breeding stock. The groundbreaking ceremony of the latest mega-farm was held in March in Gansu Province. East Hope started construction of a CNY 780 million (ZAR 1.8 billion) breeding and growing facility, with a planned capacity of 1 million hogs per year. The facility boasts the latest in bio-security systems, as well as sophisticated waste recycling systems to minimise environmental pollution. ASF is still present in China, and a number of outbreaks have been reported in recent months. Although these outbreaks will hamper efforts to increase pork output, valuable lessons have been learned. It would be naïve to expect a repeat of the enormous devastation caused by the previous outbreak; however, it may still have a serious impact on pork production.

Protein prices in South Africa have started to pull back off the record highs seen in the last few months. This is attributed to various factors, including:

As discussed earlier in this report, international containerised freight rates reached multi-year highs in late 2020, driven by consecutive global lockdowns, container shortages, and disrupted trade flows. This trend is set to continue for the foreseeable future. Pressure on container supplies have been lifted somewhat in recent weeks, though, promoting a softening in freight rates. The recent blockage of the Suez Canal by the Ever Given has also impacted freight rates in the short term; however, if the crisis had lasted as long as expected, it could have been much worse. Fortunately, the ship was refloated within days, but the congestion caused will take time to clear up.

Chemuniqué was founded almost 25 years ago, with the vision of delivering innovative nutritional technologies that enhance animal production in sub-Saharan Africa. Together with strong international and local partnerships and our ‘Category of One’ product portfolio, the passionate people in the Chemuniqué team assist in providing customers with measurable economic benefits, supported by local research and development and value-added services.

The Chemuniqué team dedicate their efforts to developing robust, trust-built relationships with our customers and partners, to proudly serve the animal production industry and play a role in sustainability with the utmost scientific credibility, responsibility, and integrity.

Some of the most important team members work their magic behind the scenes and we would, therefore, like to introduce you to our support team, who diligently fulfil all your logistical and financial requirements. We salute their efforts daily and are greatly appreciative of their enthusiasm and support! 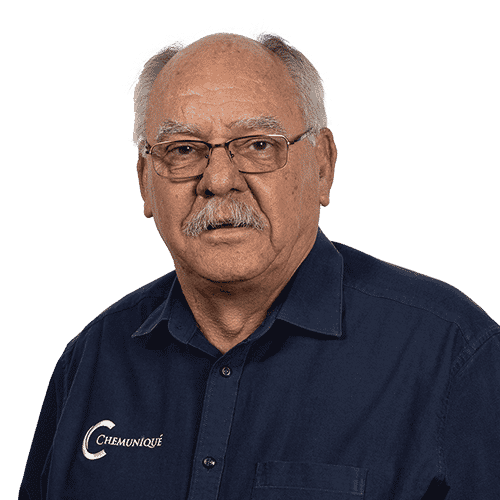 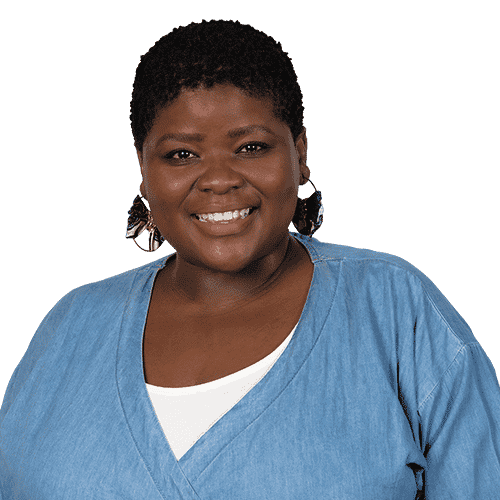 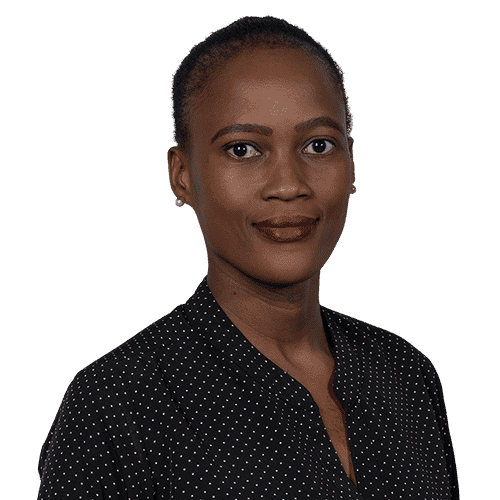 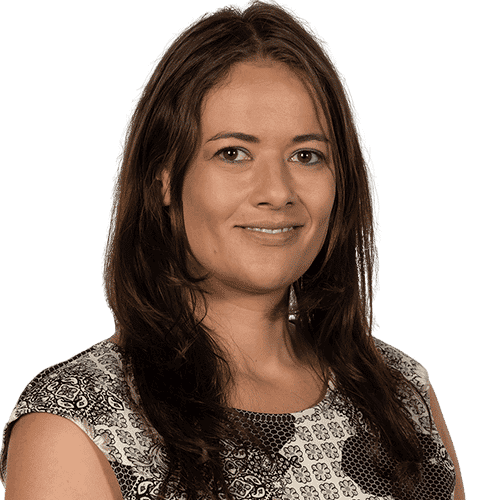 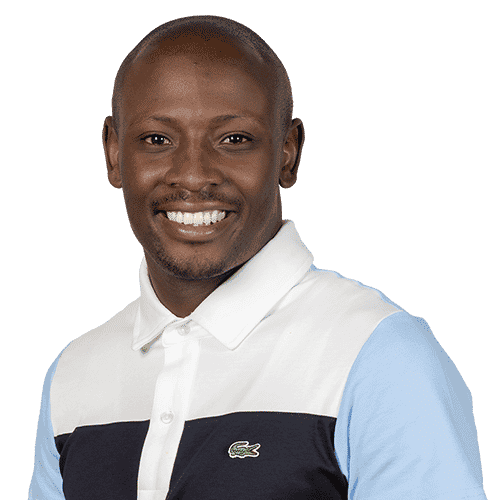 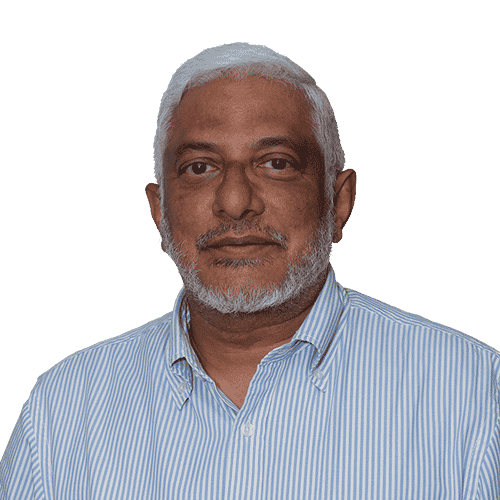 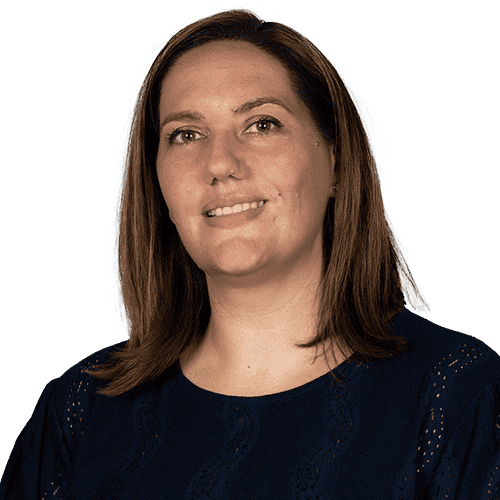 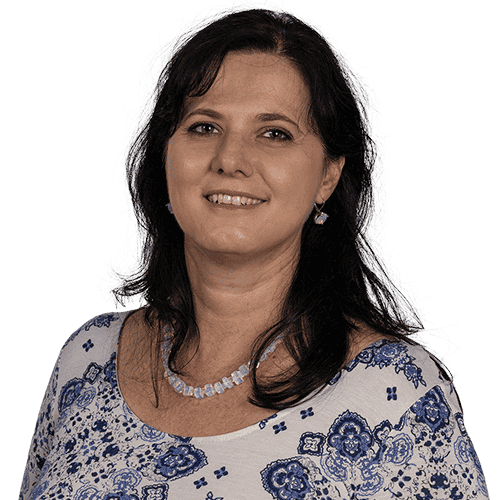 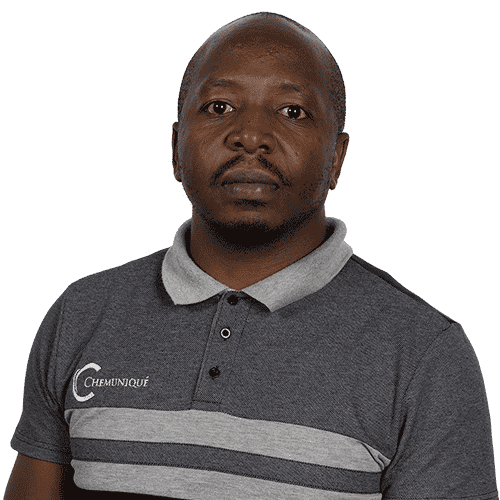 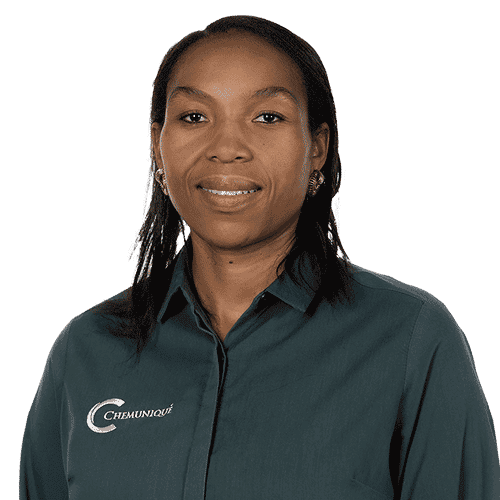 The amino acid encyclopaedia will contain new terms with each report, providing more information about these terms that appear in the technical update and that may be of interest to you, our reader. The terms which feature in the encyclopaedia may be relevant to subsequent issues of the amino report.

These are usually non-essential amino acids, which become essential during challenging periods such as stress or disease.

These are the amino acids that cannot be made within the body or are present at levels that are inadequate and must, therefore, come from the diet. If these amino acids are not present in the right quantities, negative effects on production and bodily systems will result because some proteins will not be produced as some of their building blocks are missing.

These amino acids can be produced by the body.

We’ll be back next month with some more additions to our amino acid encyclopaedia!

This technical update aims to cover some of the important metabolic roles of arginine, such as in the immune system, circulatory system, and tissue systems. Arginine is an essential amino acid that forms part of several proteins. Unlike other mammals, chickens and aquaculture are unable to produce arginine within their bodies as they do not possess the enzymes to do so. Arginine must therefore be present in their diets for them to produce other biologically important compounds such as creatine, polyamines, and nitric oxide (Bortoluzzi et al., 2018).

One of the numerous biological functions of nitric oxide is in the immune system, where it carries out a regulatory function. Healthy intestines form part of the animal’s barrier of defence to prevent infection or pathogens from entering the body. This is where polyamines play an important role in newborns, as it facilitates the development of their intestines. Previous research conducted has shown that arginine supplementation has had a positive effect on the performance and small intestinal structure of one-week-old broilers (Bortoluzzi et al., 2018).

Mou et al. (2019) reported that, during all stages of pig production, arginine is considered a conditionally essential amino acid. This is supported by Wu et al. (2014), who stated its importance in weaning pigs. Researchers have found that by supplementing piglets with arginine before weaning, intestinal growth and development can be reinforced post-weaning. This is important, as the most significant cause of piglet morbidity and mortality post-weaning is intestinal development disorder (Mou et al., 2019).

Bortoluzzi et al. (2018) argued that arginine can support livestock during environmental challenges, including heat stress. Arginine supplementation has been advised during heat stress conditions because the uptake of arginine in the gut of broilers is reduced during elevated environmental temperatures (31 ˚C), compared to thermoneutral conditions (21 ˚C) (Khajali & Wideman, 2010).

Nitric oxide is an important signalling molecule involved in the vasodilation of blood vessels within the endothelium. This is important for muscle growth, as more nutrients are supplied to the developing tissue owing to greater blood flow. For sows, it is important for mammary blood flow, as nitric oxide regulates the flow of blood and the branching of new blood vessels from existing ones in the mammary glands. Not only is arginine supplementation beneficial for the sow, but piglets can benefit too. Due to the possible higher milk production caused by arginine supplementation, a greater volume of milk may be available to the piglets. Even though pigs can produce arginine within their bodies, the amount of arginine piglets obtain from the sow’s milk is just not enough to meet their requirements to grow muscles. Therefore, by supplementing sows with arginine, this might reach the piglets through the milk, increasing the body weight and growth of piglets (Mateo et al.,2008).

Arginine can influence muscle growth and fat deposition, as it plays a vital role in the secretion of insulin-like growth factors; these either stimulate protein synthesis or inhibit protein degradation of skeletal muscles. In a study conducted by Castro et al. (2019), authors found that Ross 308 broilers supplemented with higher dietary arginine levels exhibited higher bone mineral densities, tissue, and lean muscle percentages, compared to those fed a lower arginine diet. The fat accretion in the tissues of these broilers was also not increased. This is important from a production point of view, as muscle (lean tissue) is what the producer is paid the most for.

Highlighting the important metabolic roles of arginine makes it clear that several benefits can be achieved when animals are supplemented with optimum levels of arginine in their diets.

In addition to the above references, this document also contains information from the following sources:

The importance of arginine in piglets

The discovery of the urea cycle in mammals by Hans Krebs and Kurt Henseleit in...

The superiority of L-methionine

Many researchers have investigated the differences between L- and DL-methionine over the past several decades,...

The importance of methionine in neonatal piglets

A healthy, well-developed gut is critical to ensure the future health and performance of piglets....