For the poultry producer feed is the biggest single cost Betafin is a methyl group donor, allowing all added choline chloride and some added methionine to be replaced in poultry feeds. Betafin is also an osmolyte, which reduces the maintenance energy requirements of the bird, allowing for improved performance.

Benefits to the producer:

Lower, or equivalent feed costs with: 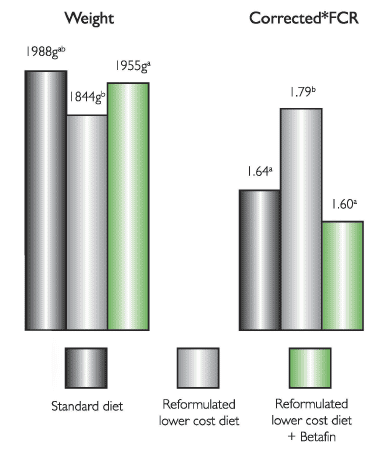